To find the complete documentation of the project click the button

The tool Config Replicator has two scripts that can be used, the first one is text based and the second one has a nice GUI developed with the QT library. both scripts run with Python 3. This tools were designed to replicate the same configuration to a lot of network devices, and it does it by leveraging the threading library in order to span different threads to reach devices "simultaneously" this is not completely true because the python GIL but it helps to speeds up the process.

The high level steps to use the tool can be summarized as follows:

The text based script is pretty self explanatory so we are going to focus on the GUI, just remember that the process is exactly the same for both versions.

You have to start the script by going into the directory where it is installed and type:

The first dialog present a summary of the software and some useful information, if this is your first time using the tool, please read it. 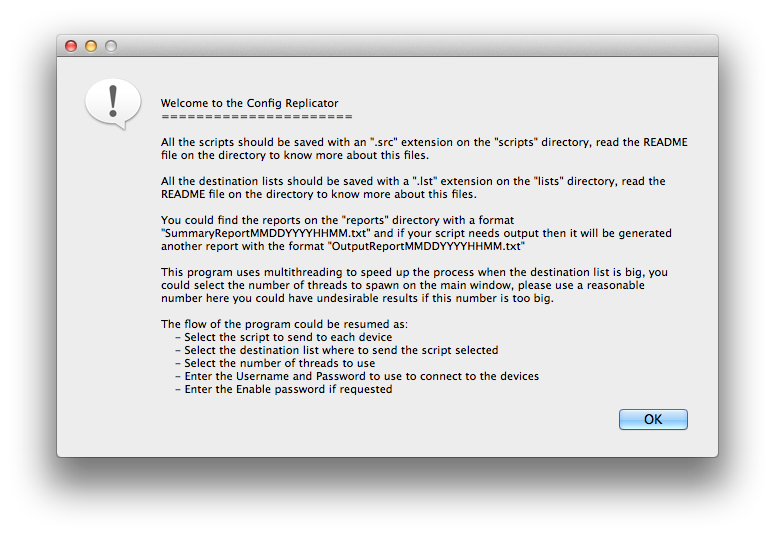 After you click ok, you will be presented with the main window

On the toolbar you could see a number of icons that are described below:

Then the monitoring window appears where you can monitor the progress of the run. 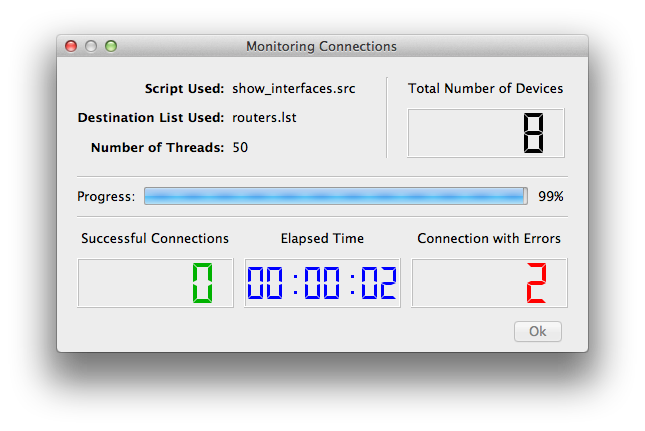 You can reach this window by pressing the settings button on the toolbar of the main window, here you can change the config.ini file 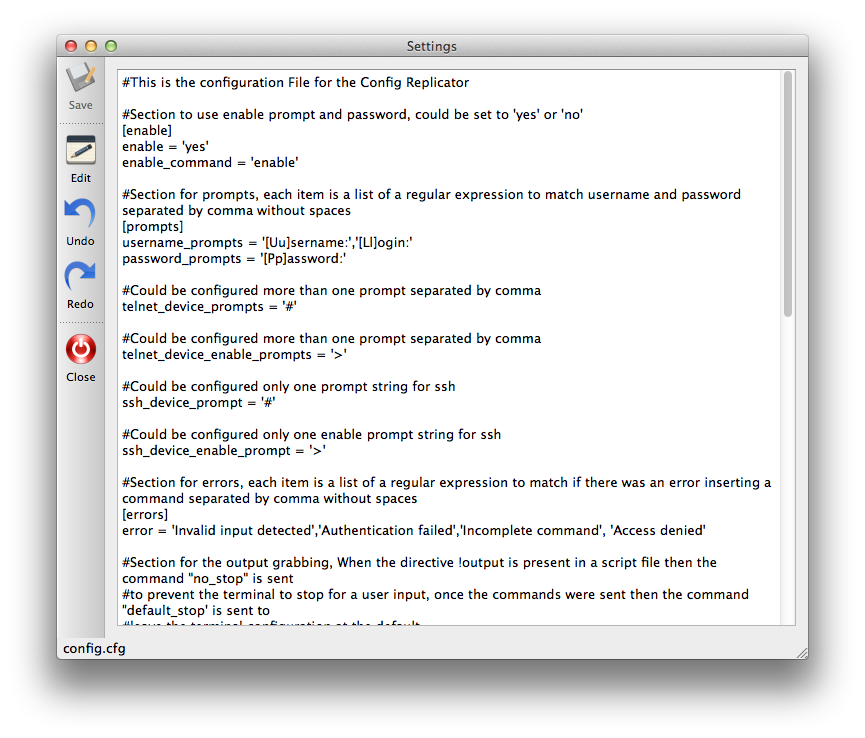 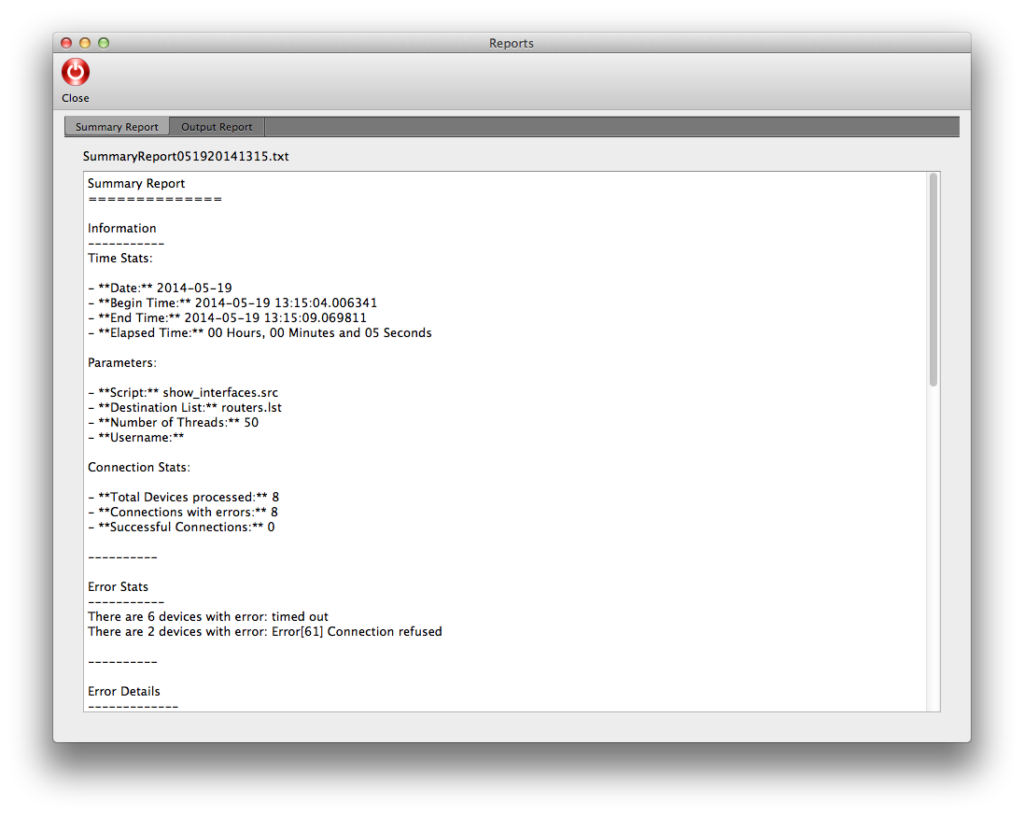 The script files should have a .src extension and it is a plain device script with the same command used if you were in front of a vty console connected to it, for example if you are connecting to a Cisco Router then it should be commands as the ones you will send when you are connected via telnet/ssh to the router.

There are other directives that could be configured on the scripts that tells the program some things, this directives are:

When the directive !output is used, the output will be saved on a file called OutputReportMMDDYYYY.txt inside the directory reports

You should be sure that there is always a blank line at the end of the script to ensure that the last command is sent without any problem, if the script is for Cisco devices it is recommended to finish all the script with the character ”!” without the quotes

You can see the script examples in the directory scripts.

All the destination lists should be saved with a .lst extension on the lists directory. The format of this file is:

And all the fields are mandatory, it is important to mention that the software will connect to the device with the ip address and not the hostname, the hostname is just for reporting purposes.

As in the scripts files the destination list files use also the !desc: directive to show the description of the list in the List Menu (text based script)

Config Replicator generate two types of output reports, the first one it is always generated after each run of the program and are called Summary Reports, the second one is only generated when the script file has the directive !output configured. The name format of the files are: